The Cheerleader Effect is Real 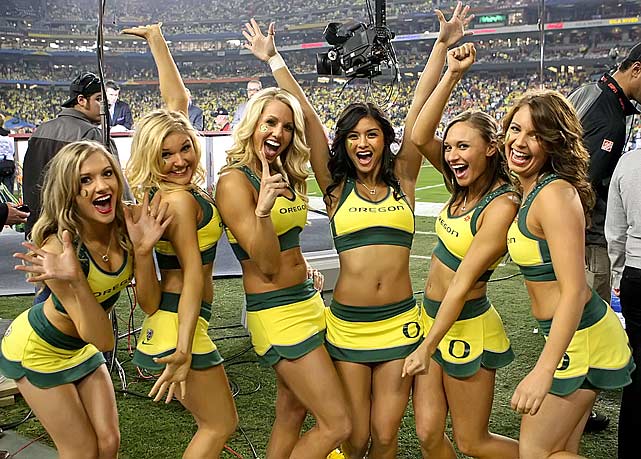 Barney Stinson was right.  The Cheerleader Effect does indeed exist.  In the show How I Met Your Mother, Barney Stinson theorized of “the cheerleader effect,” wherein a girl is more attractive when in a group than when in person.  Although the name of the theory was postulated in the show, there is some scientific basis to the theory postulated by the show’s character.

The basic idea is that our face averages out in a group setting, and all of our little flaws on our faces no longer stand out.  We essentially average out to what the mean attractiveness of the group is.  Average in this sense does not mean average-looking.  Instead average is the mathematical average of the attractiveness of the group as a whole.

To test their theory, the researchers conducted five experiments wherein they had the participants rank the attractiveness of people in photos.  Some of the photos had people alone whereas other photos featured the same people in a group setting.  In every single experiment, the attractiveness of a person was rated higher in a group picture than when alone.  This was even true when the “group picture” was a crop of man individual pictures.  Although the “cheerleader effect” was originally intended to refer to girls in a group setting, the experiment found that the effect was both genders.
[wp_ad_camp_4] The researchers say that for maximum benefit, it is best to be in a group where the facial features of other people in the group complement or compensate for your shortcomings.  Thus, the “cheerleader effect” doesn’t work as well when in a group where everyone has the same facial features.  The authors of the study said this of how different facial features of people in the group can boost your own attractiveness:

“If the average is more attractive because unattractive idiosyncrasies tend to be averaged out, then individuals with complementary facial features — one person with narrow eyes and one person with wide eyes, for example — would enjoy a greater boost in perceived attractiveness when seen together, as compared to groups composed of individuals who have more similar features.”  (Walker & Vul, 2013).

The authors of the study thought that the bigger the group is, the more attractive you are seen.  But apparently there is no maximum or minimum group size for the “cheerleader effect” to take effect.  But to their surprise, the rating of attractiveness did not differ much with groups of different sizes.  People were rated with the same amount of attractiveness when seen in a group of 4 or 14 people.

So what can you do with this information?  Well, next time you go out to the bars, have a wingmen or wingwomen whose facial features complement or compensate for your own facial imperfections and you will all be seen as more attractive.