Intelligent People Are More Trusting of Others 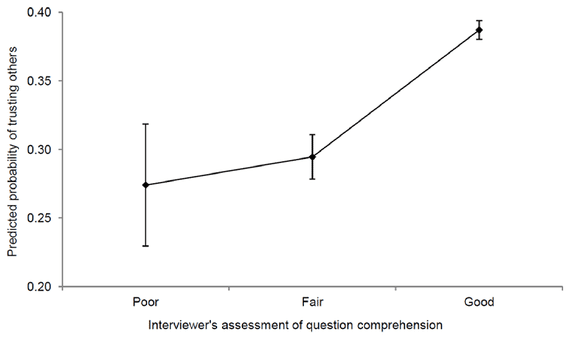 Do people think that you are just too trusting of others and call you naive?  Well maybe you’re just smart.  Recent research has found a positive correlation between intelligence and trust.  Plainly put, intelligent people are more trusting of others.

The study used two methods to measure intelligence: a 10 question vocabulary test and a follow-up questionnaire to find out how well they understood the original questions.  Although the test would be considered brief by many, it has a positive correlation of 0.71 to administered IQ tests.  Basically, it’s a pretty good indication of intelligence.

Trustiness is was measured in terms of “generalized trust” as a measured by the General Social Survey, which is published every other year in the United States.   It is a measure of public sentiment and attitudes, with trust being one of them.  Questions that related to trust is something along these lines, [g]enerally speaking, would you say that most people can be trusted or that you can never  be too careful in dealing with people?”. 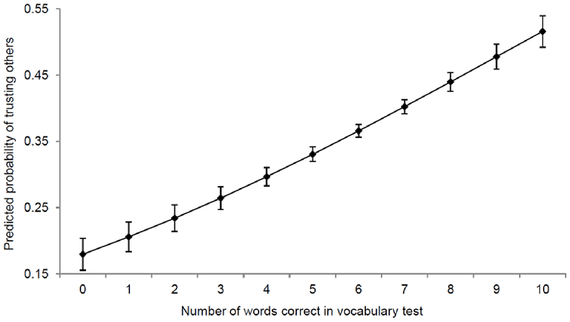 As you can see, trustiness goes up along with the number of vocabulary questions answered correct as well as a deeper understanding of the questions asked.

The study also tracked a few other things—and among them was happiness. What they found was that trust was also positively correlated with happiness. Those who ranked high on generalized trust were also self-reported as being “very happy.”