Have you ever wondered how famous entrepreneurs, artists and other successful people managed to work their way up to where they are? Many of them have actually taken the time to tell us. We’ve collected 25 of the best productivity tips from people at the top of their professions, representing a wealth of advice that can help you to be more productive and more successful. 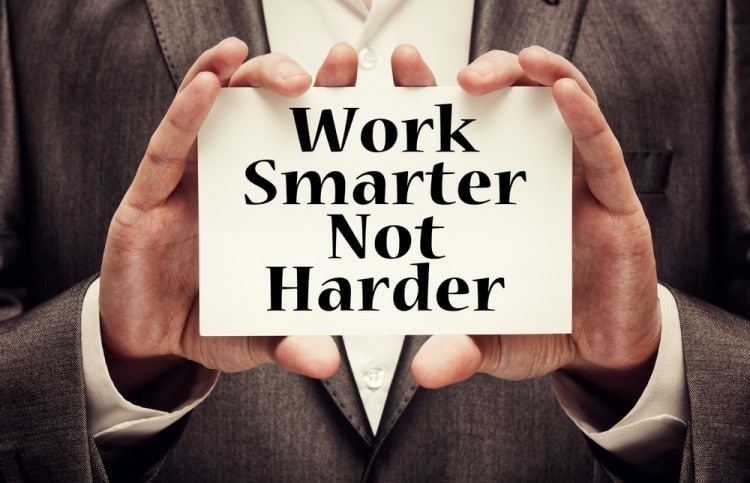 1. Facebook founder Mark Zuckerberg believes strongly in doing the small and accessible things first to build momentum. As he once said, “I think a simple rule of business is, if you do the things that are easier first, then you can actually make a lot of progress.” This advice flies in the face of the traditional Puritan work ethic, but it really makes a lot of sense.

2. Steve Jobs had enough productivity hacks to fill a book. One of his favorites, however, was to totally eliminate multitasking for both himself and his employees. Whenever possible, everyone was given just one task to focus on. Not only that, everyone was given the task that they were best suited to.

3. Bill Gates wanted his work world to be as digital and paper-free as possible. He insisted on email as his primary and central form of communication, and actually developed his own advanced filters to try to keep his inbox down to only the most relevant communications. One thing he didn’t believe in? To-do lists.

4. Productivity tracking isn’t a new or modern thing. Ben Franklin kept track of his accomplishments each day by asking himself one simple question — ““What good shall I do today?” Just before he went to bed, he would follow up with himself by asking, ““What good have I done today?”

5. Jay-Z runs a variety of businesses in between turning out records that sell in the millions. What is his secret to productivity? Not giving ideas a chance to get away. As he describes his life when he was just starting out as a musician and had lyrics come to him from out of the blue — “I would run into the corner store, the bodega, and just grab a paper bag or buy juice — anything just to get a paper bag. And I’d write the words on the paper bag and stuff these ideas in my pocket until I got back. Then I would transfer them into the notebook.”

7. “Harry Potter” author J.K. Rowling knows the struggle with procrastination all too well. In fact, she once said that procrastination almost derailed her famous book series before it even got started. Her secret to beating it? Harnessing her tendency to procrastinate by focusing her thoughts solely on the fictional world she was building, sometimes sitting in a coffee shop for hours at a time doing nothing else. She then made sure to set those ideas to paper.

8. Successful businessman and former presidential candidate Ross Perot’s secret to success was simply being stubborn. When he was trying to get his first company off the ground, his first 77 contract offers were rejected. He would eventually obtain lucrative government contracts and sell his company for $700 million, however. In his words, “Most people give up just when they’re about to achieve success. They quit on the one yard line. They give up at the last minute of the game one foot from a winning touchdown.”

9. Oracle CEO Larry Ellison is all about people when it comes to both customers and the workforce. His big productivity tip is in making as much information available as possible and making sure people feel that they are in the loop at all times. As he said in a 2014 interview with PCWorld, “People are thirsty for information about what the company is doing. The ability to get people to connect—to connect to the company, to one another—is going to make for a very satisfied workforce. If you can reduce turnover, that’s a dramatic productivity improvement for your company.”

10. Sean “Puffy” Combs believes in harnessing the power of fear and uncertainty. These are natural responses, so his attitude is that you might as well make them work to your advantage. As he said in a 2014 interview with FastCompany, “If there isn’t a bit of fear, you can’t be fearless.”

11. Ronald Reagan strongly believed in putting the health of his marriage at the forefront, even while he was at the helm of the most powerful country in the world. After all, it’s impossible to be productive if your house isn’t in order. A letter he left to his son before his wedding encapsulated this advice. As Reagan himself said, “The man who puts into the marriage only half of what he owns will get that out.”

12. As you might imagine, Barack Obama has a whole suite of productivity tricks to help him get through one of the toughest jobs on Earth. With so much on his plate, one of his top tips is to use the evening to organize things for the next day. He will review documents and speeches just before going to bed so that he’s ready first thing in the morning.

13. Arnold Schwarzenegger has taken one of the most unusual career paths in human history, going from world-class bodybuilder to governor of the state of California. While this might not inspire confidence in his governing abilities, Arnold has always sworn by not keeping a fixed schedule. He believes on keeping his time as flexible as possible and won’t even schedule meetings with people, asking them to simply drop in on him whenever they can.

14. Michael Bloomberg is worth billions of dollars. How did he accrue that wealth? In a 2013 interview with the New York Times, he revealed a few of his secrets. One of which is basically staying tethered at your desk during the work day, eating lunch there and limiting bathroom trips to emergencies only!

15. Co-founder of Google Larry Page equates happiness with productivity and believes there is a direct correlation between the two. That’s why he went out of his way to implement flexible schedules and add unique perks to the work culture at his company. He believes at least one day per week of paid work time should be devoted to a project of personal interest to the employee, even if it doesn’t relate to what they’re currently working on for the company.

16. Likewise, Google co-founder Sergey Brin has his own set of productivity hacks. One of which is to simply live longer! Brin had genetic testing done on himself and discovered that he is at a greatly elevated risk for Parkinson’s disease, but this early genetic testing has allowed him to implement lifestyle changes that will reduce his odds of developing the disease.

17. Steve Ballmer appears to be a walking ball of energy. Not everyone can have that disposition, but Ballmer does have some management tips that even mere mortals can put to use. One of which is for leaders to always focus on the big picture. As he said in a 2013 interview with Fortune, “If the CEO doesn’t see the playing field, nobody else can.”

18. Richard Branson built Virgin into a world-spanning empire. He attributes at least part of that success to regular exercise. Branson believes that sticking to his workout schedule ends up creating at least four extra hours of productive time every day.

19. For Huffington Post founder Ariana Huffington, productivity is all about good sleep. Huffington makes sure her rest is squared away each night, making sure she gets a minimum of seven solid hours. She’s developed a whole system for good sleep hygiene including eliminating all LCD screens from the bedroom and engaging in deep breathing exercises before bed.

20. Martha Stewart has shared many of her productivity tips over the years. One tip is in finding different ways to optimize your time stuck in traffic, or on a train or bus commute. Another is in eating smaller meals or healthy snacks continually throughout the day rather than a large lunch, to help the metabolism stay continually engaged and to keep from getting a slump of fatigue in the afternoon.

21. Writing jokes might not seem like serious business, but it is. Comedian Jerry Seinfeld strongly believes that constant writing is the key to coming up with the best possible material. He designed a system for himself of hanging up a wall calendar and marking each day with a big red “X” when he had completed his writing period for the day. He says that he found something addictive about seeing that long unbroken chain of “X” marks.

22. Mark Cuban is of the mind that most organizations do meetings the wrong way. He feels that too much “talk time” is taken up by discussion of trivial items, while discussion of the truly important items gets short shrift because people are afraid of embarrassing themselves.

23. Tyler Perry runs a number of businesses in between a busy schedule of movie making. He’s a strong believer in making positive use of social media to help his work effort, even though it is sometimes seen as frivolous. As he said in a 2012 interview with Upmarket, “It’s used for a lot of foolishness, but in the right hands at the right time, it can change the world.”

24. In the era that Winston Churchill lived in, there were dire threats to the world and not a lot of technology to help out. Churchill actually kept fighting the good fight by making himself comfortable. He found he was more productive in environments where he felt the most comfortable, and to that end he worked from bed many mornings.

25. Evan Williams is the founder of Blogger and Twitter. He’s also another proponent of personal fitness being tied directly to productivity. Evan takes a portion of the middle of each day to hit the gym, regardless of what is going on that day.