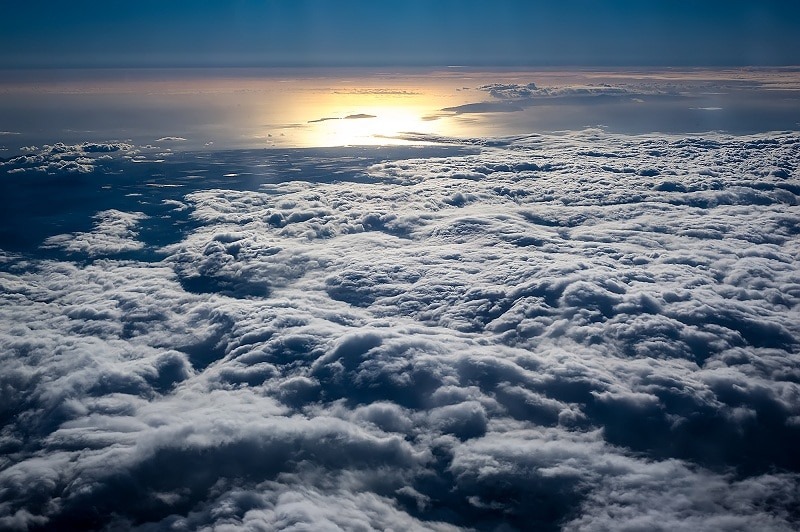 Dreams are defined as images, emotions, ideas and sensations that involuntarily occur during REM sleep. Throughout the centuries, they have been extensively studied in the field of oneirology. But up to now, no MENSA genius has been able to determine the purpose of dreams. While research about dreams remain nascent, we still have discovered quite a few interesting facts about dreams thus far. Read on to familiarize yourself with the 21 most interesting dream factoids that have been unearthed so far:

1) Do you often wake up knowing that you had a wild dream, yet you cannot remember it no matter how you try? You are not alone. In fact, 90% of people don’t remember their dreams. For most individuals, 90% of the dream is lost within the first minute. In some people, 50% of the dream is forgotten within 5 minutes of waking up. Although this is the case, you can resume your dream by getting back to sleep and sailing back to dreamland once again.

2) While most people forget their dreams, you can remember what transpired last night if you are woken up during the REM (rapid eye movement) phase of your slumber. (Unfortunately, you cannot sync that to your alarm!) If you wake up outside REM, you will not be able to recall the dream – or nightmare – that took most of your sleep time.

3) An average person experiences three to five dreams per night. Some individuals, however, have more active brains – dreaming as much as 7 episodes every night. This equates to as much as 100,000 dreams per lifetime.

4) Dreams take about 2-3 hours of the usual sleeping time. The first dream lasts about 5 minutes long, while there are episodes that last up to 45 minutes! When compounded, the overall duration of dreaming accounts for an average of six years. In active dreamers, however, the dreaming period covers 1/3 of the individual’s lifespan.

6)You are paralyzed whenever you are in dreamland. Dreams often occur during the REM stage of sleep, and while the brain is very active during this phase, the body is temporarily paralyzed in order to stop the person from acting out his sleep. This event – called sleep paralysis – happens in 40% of people. During sleep paralysis, you will not be able to speak or move for a few minutes. Some feel choked, while some feel undue pressure. Although this is the case…

7) There are persons who get to act out their dreams despite the phase known as sleep paralysis. Some go sleepwalking (the usual activity), but there are some who ‘transform’ into different individuals come nighttime. Case in point: Nurse Lee Hadwin evolves into a world-class artist when he is dreaming; he is able conjure up beautiful portraits in his dreams. Here are some other ‘uncanny events’ that have taken place during a person’s dream:

8) Some women have intercourse with ‘random men’ during their sleep. When they wake up, they feel tired and sore – they do not have any idea that they have been getting busy the night before!

9) Dreams help dictate the creativity of the person. Dreams occur in the REM phase, and those who suffer from a rare case called “REM disorder” don’t dream at all. As such, these people exhibit diminished creativity and problems with regard to creative problem solving.

10) While not all dreams do come true, there are some that do—and it all might just be pure coincidence for those that come true.  18 to 38% of people report experiencing at least one precognitive dream. Some of the people who attest to this fact are President Abraham Lincoln, who dreamt that he will be assassinated (and he was, by John Wilkes Booth), and Mark Twain, who visualized his brother’s untimely demise. Nineteen survivors dreamed about Titanic going down after getting hit by an iceberg, while several 9/11 victims had a premonition of the terroristic catastrophe.

11) Dreams can bring out your inventive side. In fact, many inventors have created breakthrough inventions and ideas as results of their dreams. Excellent examples include Dimitri Mendeleyev’s Periodic Table and Nikola Tesla’s Alternating Current Generator. Elias Howe, after a dream of something running after him, came up with the brilliant invention that most of us know as the sewing machine. James Watson conjured up the double helix spiral form of the DNA, while Larry Page came up with the idea of Google during his sleep.

13) Colder rooms almost always equate to more terrifying nightmares. After all, the temperature of the room plays a big role in your dream phase. So if you are suffering from bad dreams, try increasing the thermostat and you might just get the good dream that has eluded you for so long.

14) Are you unsure if you are really in dreamland? Try reading a book or telling time in this scenario. If you are in a dream, you will find it hard to peruse text, since they are usually morphed in trances. Telling time is another way to check if you are currently in fantasyland. If it seems like the clock’s hands are not moving, then it means that you are the star of your nightly dream show.

15) You can control your dreams. The premise of the movie ‘Inception’ holds true, as studies show that 64.9% of 3,000 study participants report that they know that they are in a dream. Some can even control their visions – a term called as “lucid dreaming.” Such activity is helpful for those who have recurrent nightmares, as lucid dreaming can help them transform their bad visions to pleasant trances.

16) Unborn babies dream, too! In fact, a fetus in his mother’s womb has dreams that focus on sound and touch. Toddlers, on the other hand, do not have dreams of themselves until age 3. Children aged 7-8 have more nightmares than adults, hence the rampancy of nightmare disorder or dream anxiety disorder in these kids.

17) Men and women dream differently. Ironic as it might seem, men often dream about other men. Other usual themes for men’s dreams include violence, sexual activity, outdoor events and personal achievements. Women, on the other hand, dream of both genders at an equal rate. Other images in a female’s dream are family, children and household chores. Although they differ in visions, one thing is certain: both genders can have orgasms during sleep.

18) Blind people have dreams, too! Individuals who have gone blind after an accident or medical condition still experience vivid dreams. Those who were born blind, however, experience dreams that are more focused on the sensations of smell, touch and sound – instead of the visual kind.

19) Pets have dreams as well! Your pooch or cat has nightly visions as well, and they even have more complex dreams than yours. Whenever you see them making noises or moving their paws, it means that they are having dreams – or maybe even nightmares.

20) Dreams keep you from being psychotic. Research involving sleep shows that participants who were woken up at the beginning of their trances – but were left to continue with 8 hours of sleep – exhibited irritability, hallucinations, concentration difficulties and psychosis just after 3 consecutive days. However, when they were left to continue with their REM sleep, results show that their minds try to make up for the lost time by spending more hours in the REM phase.

21) Those who have just kicked off the habit report more vibrant dreams. Apart from exhibiting the usual cold turkey syndrome, people who have just quit smoking and drinking experience more vivid visions at night. According to a study published in the Journal of Abnormal Psychology, research shows that 33% of the participants had at least 1 dream about smoking. This can be attributed to nicotine withdrawal, as 97% of these study subjects did not experience such dreams prior to quitting.