12 Benefits of Learning a Foreign Language 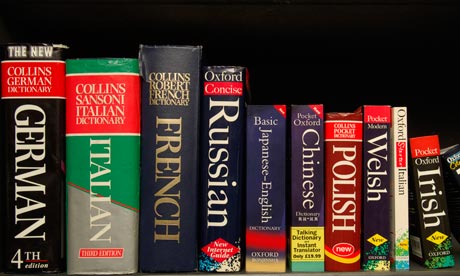 A foreign language is a whole new system with distinct rules, etymology, and meaning, which are just a few of the complexities of a language. Learning a new one puts the brain to task by recognizing this new language structure. As the brain works out meaning and makes full use of this new arsenal to express ideas, it sharpens skills on reading, negotiating, and problem-solving.

2) A person’s ability to multi-task is developed.

Multi-tasking is stressful to those who are not skilled at it. People who are multilingual are proficient at slipping from one tongue to another, one language system to another totally different language mechanics. This is a very distracting and demanding work, not only for the tongue and language faculties, but especially for the brain. People who have developed this are highly proficient multi-taskers and commit very minimal error when juggling various activities.

3) The onset of dementia and Alzheimer’s is stalled.

With other factors held constant, several researches suggested that multilingual adults experienced the onset of Alzheimer’s and dementia at a later age of 75 compared to monolingual adults who had the first signs at age 71. The studies were conducted with other variables such as gender, overall health, educational level, and economic status, but there were no significant results that contributed to the mentioned diseases as significantly as the number of languages spoken.

The more the brain is used, the better its functions work. Learning a new language structure entails familiarizing with vocabulary and rules, and applying these memorized information into communication. This strengthens memory because the brain has built its ability to associate information with mnemonics and retains information better. Hence multilingual people have brains that are more exercised and quick to recall names, directions, shopping lists.

A study conducted in Spain showed that polyglots, or multilingual people, have alert and keen minds. They easily spot anything that is irrelevant or deceptive. The study was conducted comparing multilingual and monolingual subjects; and the former notably had the edge. The discipline that they developed in studying an unknown subject has molded them to become more perceptive. Thus, they learn to be critical-thinkers.

CHECK OUT: THE EASIEST LANGUAGES TO LEARN

The decision-making ability becomes an easier process for multilingual people. Aside from the rules and vocabulary that go with learning a foreign language, there are nuances and vernacular expressions that a student of language frequently judges for appropriateness and hidden meanings. Decision-making becomes more prudent and discriminating.

7) The first language is improved.

A student of foreign language is exposed to a whole new language structure and makes him more conscious of vocabulary, grammar, conjugation, idioms, sentence construction, comprehension and conversing. Learning this new mechanics is usually done juxtaposed with English, or the first language. Hence, students become more aware of English and develop a good ear for listening to the subtle gradations of each language. The first language is usually not as thoroughly studied, for the simple reason that it’s a given. But with the new language on the other side, a student finds it important to look at English with more interest.

8) Performance in other academic areas is enhanced.

Because the brain is made to operate differently, it develops a variety of cognitive skills. Studies show that the benefits of learning a new language included higher scores on standardized exams in math, reading comprehension, and vocabulary by multilingual students compared to the scores of monolingual students. These were observed in ACT and SAT exams. Continued immersion was known to increase IQ and develop innovativeness in students.

9) It makes a person more flexible and open to other cultures.

Since a language is a doorway to a particular culture, learning a new language enables a person to have a broader understanding of that race or culture. Opening up to a culture allows you to be more flexible and appreciative of other ways of doing and looking at things. As a result, if you are multilingual, you have the advantage of seeing the world from different vantage points. In today’s interconnectedness, this is a valuable tool.

With universal unemployment problems, a multilingual ability is definitely a competitive edge over others. It is an ability that tells of a person’s intelligence, flexibility, openness to diverse people, and decision-making skills. And these are just bonuses to the evident ability to communicate in several languages and cross cultural barriers.

Self-confidence is a natural consequence after summing all benefits of learning a new language. By simply mastering one skill, the other faculties are developed. People tend to gravitate around multilingual people because of their skills; others simply find the polyglots’ openness and quick-mindedness naturally attractive.

Read: The 6 Sentences to Learn Any Language Fast

12) It aids in self-discovery and self-actualization.

It is an interesting outcome, not at all something that you list as your expected result when you embark to learn a new language. But trying to understand a language and the heritage that goes with it will put you in a position of self-discovery. It makes you come to terms with how you view the world and other cultures, and have more appreciation of your own. In the end, you come to terms with yourself, too.

The cognitive and mental benefits of learning a foreign language are instantly apparent. But it also brings a host of social, cultural and personal benefits. It is best introduced at the earliest age possible. But learning it at a much later age is still very much worth it. Delaying dementia and related diseases is good enough reason to learn a new language today. Parlez-vous Français?