Yawning, also known as oscitation, is a bodily activity that occurs in most vertebrates. It can be a sign of boredom, or just the body’s attempt to regulate itself. Want to learn more about this physiologic event and why you tend to do it? Here are several interesting facts about yawning – guaranteed to make you yawn before the end of article: 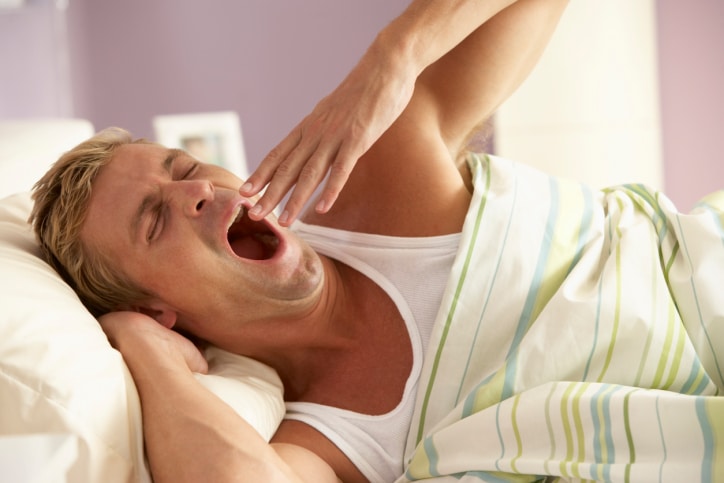 1. Thinking or reading about oscitation will make you just do it. You will be yawning in a few minutes or so…if not right now! [Click to Tweet this Fact]

2. There is still no clear basis regarding the mechanism of yawning. Several causes have been attributed to this activity. Hippocrates thought of yawning as a way to decrease one’s fever, while some modern scientists postulated it as the body’s way of getting the oxygen that it needs.  But that theory is contradicted by modern science.

3. Yawning occurs as early as 20 weeks after conception. Several 4D ultrasound image shows that fetuses as young as 11 weeks old know how to yawn. Experts attribute this to the development of the brain during this stage in the womb.

5. Yawning is truly contagious. This activity starts to become ‘transmissible’ in the first 1-2 years of a person’s life. Proof of yawning’s infectiousness? Several studies show that when a single person in a group begins to yawn, more than half of the assembly will follow right after – in as short as 5 minutes. The other lesser half will be enticed to yawn too.

6. Yawning is more contagious in best buddies. Studies show that persons related to you – whether genetically or emotionally – are most likely to ‘catch’ your yawn.

7. Yawning helps cool down the brain. Studies show that yawning episodes increase during wintertime, in order to usher cool exterior air to the individuals’ brains. As such… [Click to Tweet This Fact]

8. Yawning is an activity that can help athletes prepare prior to a competition – you can ask Apolo Ohno, a speedskater who is notorious for his pre-contest yawning ritual. Since yawning cools the brain (especially the frontal lobes), the athlete will be able to improve his concentration and attention span prior to the race.

9. Yawning often occurs when a person is bored, as proven by a 1986 study of college students who oscitated more during a lackadaisical color video rather than a hard-hitting, head-banging rock music vid.

10. Animals yawn too! Biologists have observed this activity in primates, specifically chimpanzees, macaques and baboons. Dogs catch the contagiousness of yawning too; you can expect your pooch to do the deed right after you do.

11. While yawning is a normal bodily activity, too much yawning might mean that you are suffering from an underlying medical condition. Excessive yawning is one of the ‘rare’ symptoms of heart conditions, as oscitation is a result of vagus nerve reaction. Too much Yawning might signify brain illnesses as well.